Complete Challenges and get rewarded for your support.

[500 Points] We would love to get to know you! To complete this Challenge, just sign into your account and ...
Read More

React To Us On Social Media

[150 Points Apiece] Find something we posted funny or interesting? Probably not, but at least you can get Points for ...
Read More

[500 Points] You don’t have to be Rembrandt to make cool FanArt. Maybe you’re more of a Picasso. No worries, ...
Read More

[500 Points Per Friend] Wait, you have friends?! Well great, bring them along! For each person you help sign up, ...
Read More

[Points For ALL Posts + Milestones] Use Your Voice to tell us what matters to you! And please speak freely ...
Read More

Check out our Bios!  Wanna know more?  Use Your Voice to talk to us directly! 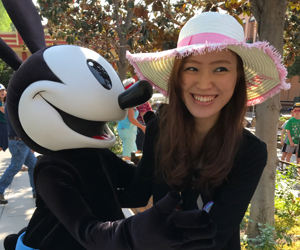 [Mistress Of Finance]
The true ruler of our realm, Minako-O watches the bottom line with unrelenting vigilance.  And thanks to her, we've carried this project from dream to reality on nothing but a prayer!

Konnichi wa!  My name is Minako, and it’s great to meet you!

I’m in charge of managing the team’s finances.

It can be tricky starting out when you have nothing but a dream.

But with proper resource management, it can be done!  As for me, I currently work at one of the “Big 4” accounting firms in NY (though my background is in software design).

I volunteer my time here because I want to support this project in any way I can.

Mainly I ensure that all our fabulously talented artists get paid promptly, but I also work behind the scenes to make sure that we don’t waste money on redundant or low-priority tasks.  I am so excited to be part of this amazing project!

It has been a great thrill (and challenge) seeing the immense progress we’ve made with no more than a shoestring budget.

I can’t wait to see how far we can go with your support! 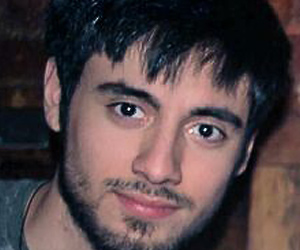 [AniMaster]
A true master of his craft, Christian's animations are precise and full of personality!  Look carefully and you'll see bits of his soul in each of the Characters he gives life.

My name is Christian Carbajal.  I am a well rounded artist who's hobby is to learn new skills.

I am knowledgeable in 3D modeling, texturing and shading, rigging, animating, lighting, rendering, Post-composite, Pre-composite, digital and traditional art.  Apart from that, I take pride in other skills including Brazilian Jiu Jitsu, Wrestling, Judo, Muay thai, Boxing, Guitar, Bass, Drums, Piano, and Singing.  Learning is my passion, and my ambition and dedication leaves me exceptionally well rounded in CG.

I have decided to specialize in CG Animation, and have been freelancing professionally since December 2016, after stepping into the field through an internship at Framestore NYC.  I have been honing my Animation skills since, looking to someday be staffed at a studio, working on projects I am passionate for. 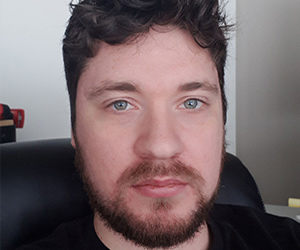 [PuppetMaster]
Dexterously stringing together Character models with amazing features, Dan doesn't just save our animators time and heartache.  He helps them achieve their true potential with clear and powerful controls!

Creature Rigger, API Developer and CreatureFX Artist in the Film, Video Game, Advertising and Robotics industries.  I love figuring out new things and I'm always up for a good challenge.

The variety in my skill set keeps me quite busy but when I do have free time I like taking advantage of the wide variety entertainment here in Montreal.  I enjoy concerts and other live events as well as the many restaurants and pubs here in Old Montreal.  On days that I want to stay in, I’ll typically read an educational book, write little programs for personal projects or watch MIT lectures online.  Lately I have been looking a lot into artificial intelligence and researching ways to write programs that have that capability.  It is enormously complex but I have been discovering new ways of approaching it and I’m having a lot of fun with it.  I think it would be pretty cool to be able to chat with my computer and see what kinds of responses it gives me. 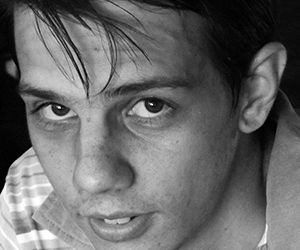 [SkullptMaster]
Every single model Rico touches turns to pure awesome!  Beyond his insane sculpting skills, he's also one of the best Texture artists around!

My name is Rico Cilliers, and I hail from sunny South Africa.  I'm a freelance CG artist with a passion for character driven 3D art and animation.

My main weapons of choice are Zbrush and Blender but I also make heavy use of mainstream CG apps like Maya, Mudbox, Substance Painter and Photoshop.  I've been messing around with 3D graphics and animation since I was 13 years old, and I can't imagine how I'd live my life without the constant need to be creative. 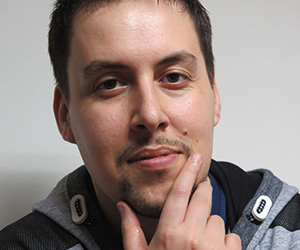 [PS BattleMaster]
A genius with the pen, Sergey has masterfully crafted each of our 2D designs.  Also, all the backgrounds you see on the site are his handiwork!

Hi my name is Sergey Punchev and I am UI/UX Director of a small boutique studio, based in Sofia, Bulgaria.

Studio Punchev is mostly concentrated in creating WORLD CLASS GAME INTERFACE ART & DESIGN SERVICES FOR VIDEO GAMES.  Our main goal has always been to create art with amazing attention to detail to make your projects distinguishable against the background of others.

More about our work 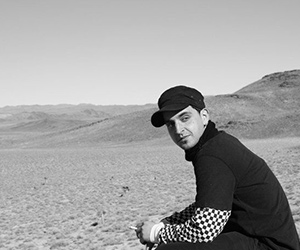 [SkullptMaster]
Alessandro's creativity and aesthetic style are responsible for some of our coolest Character designs!  He's also an ace at Retopology, for those who know what that is ;)

My name is Alessandro Chiffi I'm 32 years old, and I live in southern Italy.  I've always been passionate about character and video games.


At the moment I work as a Character Artist (Freelancer) in addition to working on video games and film productions, I have refused to move for work by returning to my land, but above all to give birth to my little dream, to open an independent graphic studio in the small village where I live, specializing in the creation of characters for video games or television series.


Plus I try to do some training, using free software, this to try to help make the freelancers free and independent from paid software, to give everyone the opportunity to cultivate their passions, regardless of the social class ... but above all try to say that the instrument does not make the artist!


In leisure time I like to run, play music, listen to music and stay with my family.  Every day I continue to engage and study to improve and pursue my dreams, naturally with the utmost humility and the enthusiasm of a child who brings me daily to excite myself for what I do.  I hope with all my strength, that this magic continues! :)  Of course it is useless to say that for me it was and it will be a great pleasure to work and give my contribution to this independent project with KillmasterGames!

[AniMaster + PuppetMaster]
Fast, precise, emotional!  Kim's animations are first-rate! And his dual-mastery of animations and rigging seriously helps us avoid bottlenecks in production.

Hello! My name is Kim Gyu-Taek, and I live in Korea. Currently I am developing mobile games for a Korean game company. As an animator, I enjoy observing everything around me and wondering how I could express it. I am a father, and I love spending time with my two children. I also really enjoy soccer and that type of exercise. And right now in Korea we are in the dead of winter, so it’s especially fun to go snowboarding. These days, the Korean games market is producing a ton of software, but they tend to focus almost exclusively on mobile-style MMORPGs.

Instead of challenging new platforms or new genres, the majority of game companies in Korea would rather keep churning out the same money-making games over and over again. While I was doing such repetitive tasks, I met Eric of KillmasterGames online, and he told me about a game he is creating which shares some similarities with Mortal Kombat. As a child I loved MK, so I was excited to join the project. So far I have completed all of the animations for Zara and am currently working on Nalise’s. I really hope that our fans love these characters (especially Zara), and I look forward to continuing on with Killmaster! If you would like to reach out to me, please feel free to contact me by email: Qtaxxy.

I also have a link to an old Demo Reel on Vimeo below, if you're interested!

Check Out My Vimeo 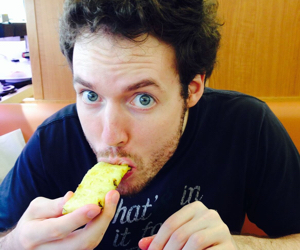 Wow, you really clicked on my Bio?!?  Holy crap!  You're the first one!

Who am I?  No one in particular...just a dreamer.  My story isn't special for any reason other than you're willing to listen to it!

Nothing in my life until three years ago is really worth mentioning.  I didn't have any dreams.  I didn't trust in them.  To me, they were nothing but the fleeting fancies of a desperate mind clawing at an escape from reality.  But then I fell into a nightmare.  Suddenly, I was aware that my entire life had already been decided.  Everyday would repeat the exact same monotony until the end of my forgettable future.  And I couldn't escape!

So I decided that, if I must live in a dream, I'm going to make it a great one!  After years of suppressing my creativity and passion, I was finally free to express them.  And thus, KillmasterGames was born!

Now, dear precious one-and-only fan, won't you join me to see where we go from here?!  Add Your Voice to mine, and together we can do anything!

Everything publicly known about Killmaster


Get to know the game